Why Should My Child Learn Chinese?

China is a fast-growing country, with a population nearing 1.4 billion people. Because of their huge population, one in six people in the world speak Chinese. That is a huge percentage of the world's population. Even if we added up all the people who speak both English and Spanish, it would not match the number of Mandarin Chinese speakers.

The skill of speaking foreign languages not merely a trend anymore. With a globalized market and development of business ties between the east and west, it is a necessity.

The advantages that come with the mastery of a foreign language are undeniable; from academic achievement, better job opportunities, to earning 5 and 20 percent per hour more than the position's base rate. If you have heard that Chinese is a difficult language to learn, think again! Here at Cultured Kids Club, we make learning fun so that your child learns easily from our native-speaking teachers. Here are unbeatable reasons why you should consider Chinese lessons.

It's Easier than You Think


Many people are discouraged from learning Chinese because they believe that it is too complicated. For children, learning languages comes naturally! Because of the way their brains develop, they are better able to pick up a language from early ages. The classes we offer are total immersion; meaning that we immerse your child in the language from day one. Your child learns to pronounce words like a native, tones and all. Plus, simple sentences in Chinese are ordered similarly to those in English. Nouns in Chinese have no plural form, and verbs do not change their tenses. It can’t get easier than that.


Chinese speakers are widely spread all over the world. Excluding those who reside in China, 3.7% of the world’s population are Chinese speakers. From Singapore to Malaysia to Thailand, Chinese is an official language. 5.6% of the population of the United States is Chinese. There is a high chance you have encountered a Chinese speaker in either school or work. It goes without saying that if you are fluent in Chinese, then you will seamlessly blend with your Chinese acquaintances.  Learn the Chinese language and have more friends!


As previously stated, Chinese is commonly spoken all over the world. The top five Chinese speaking countries include China, Taiwan, Hong Kong, Singapore and the United States. All of these nations are forces to be reckoned with. They also offer many employment opportunities. When your child learns Chinese, you will set him or her apart from the rest. Therefore, when seeking international employment opportunities, your child stands a better chance of being highly valuable!

Chinese is one of the official languages of the United Nations, and an official language in at least seven countries. Statistics show an up-and-coming trend. Given time, it will become even more popular in other countries. Chinese is not only being used for communication: it is also for business, education, and international integration. The demand for Chinese speakers is also fast increasing.

The Chinese economy is literally taking the entire world by storm. It is arguably the biggest economy worldwide. As if that is not enough, Singapore's economy is growing quickly as well. This is owing to its fast rate of industrialization. Your child's fluency in Chinese will work for them, as he or she will have the ability to talk business with some the best Chinese business communities. 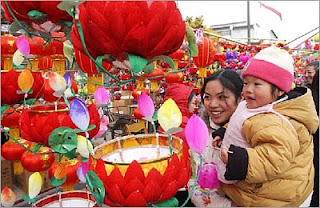