Why Immersion Learning is Important

There are tons of free apps on Google Play and in the Apple Store that can help you learn a second language. While these are extremely helpful in getting you started on the language path, the best way to learn a language is to be immersed in it.

Think about it. How do we learn languages as children? Babies and toddlers learn through being talked to. In fact, children as young as six months old can understand the words that are being said to them, even if they can't communicate yet themselves. Because of this, the younger the child is when learning a second or even third language, the more the child will retain later in life.

What is Immersion Learning?

Immersion programs are characterized by at least 50 percent of the class spent in the non-English language. Teachers use anything from manipulatives to explanations and modeling to teach students topics in the target language. The goal is for students to attain biliteracy; the ability to completely speak, write, read and understand both languages.

Basically, any instructor should be speaking to students in the target language at least half of the class. The more teachers speak to students in the foreign language, the more students will pick up.  This is imperative to do, as learning through an app can only take you so far.

Benefits of Immersion Learning and Bilingualism

As well as the benefits of bilingualism, learning a second language activates different parts of the brain; people who learn through immersion programs get a cognitive boost. When students learn two languages, they develop a higher ability to listen, identify sounds, and break apart words. Bilingual students also outperform those who only speak one language on tasks that require them to pause and decide between two options.

A recent study done by Millennum Cohort found various educational benefits for children who are bilingual. Even though their research showed that children who are educated in a second language may initially lag behind at the preschool age, they soon catch up and outperform their peers by the time they're seven years old. Students who study a second language seem to perform better on tests that are used to evaluate school and individual progress, including mathematical ability tests.

What Does It All Mean?

This doesn't mean you can't learn another language as an older child or an adult. It simply becomes more difficult the older that you get. Daily practice on Duolingo or even Mindsnacks can help, but the best thing to encourage your second language ability to grow is an immersive language program. The best language teachers speak only their foreign language from day one to help you acclimate to the grammar, pronunciation, and usage of words. 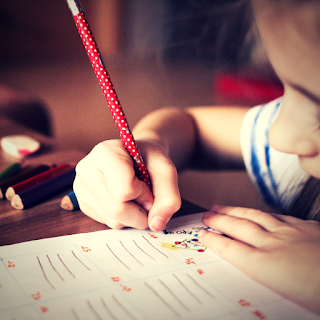 Posted by Cultured Kids Club at 11:37 AM