The more scientists study brains, the more they come to the conclusion that speaking more than one language has many benefits that stretch from youth to old age.

If you speak a second (or even third) language from before the age of five, your brain develops a greater gray-matter density in the inferior parietal cortex, which is the language part of the brain, which means you have some distinct benefits over those who speak only one language (monolingual). This finding suggests that being bilingual from an early age significantly alters the brain’s structure.

New research has found that early childhood proficiency in two languages enhances a person’s ability to concentrate. It might also protect against the onset of dementia or other age-related cognitive issues. Although scientists don’t know why bilingualism creates this “cognitive reserve,” some theorize that speaking two languages may increase blood and oxygen flow to the brain and keep nerve connections healthy—factors thought to help ward off dementia.


Some parents and educators might fear that exposing children to a second language at too early an age might delay their language skills and harm their intellectual growth.  This is not the case. Bilingual children reach language milestones at the same age as monolingual children, and do not show any evidence of being "language confused". Young infants are able to use rhythmic clues to keep two languages distinct.  In fact, babies are able to do this from the first days of life.

Being bilingual may give children an advantage at school. The multilingual experience improves the brain’s command system that directs the attention processes. We use these processes for planning, solving problems and performing various other mentally demanding tasks. This includes ignoring distractions to stay focused and switching attention willfully from one thing to another. Bilingual preschoolers have been found to be better able to focus on a task while tuning out distractions than their single-language peers.

A similar enhanced ability to concentrate has been found in bilingual adults, particularly those who became fluent in two languages at an early age. It may be that managing two languages helps the brain sharpen its ability to focus while ignoring irrelevant information.

What Can You Do?


Even if your family is monolingual, you can take steps to give your child these advantages! You could switch their favorite television program into Spanish or French (some Netflix shows have been dubbed into many different languages) while they watch. You could start taking an adult language class, or learn from an app like Duolingo or Mindsnacks, and start teaching it to your child. If you have a toddler, you could come to our Parent and Tot classes, or send your preschooler or elementary child to one of our other programs. Your child's brain will thank you! 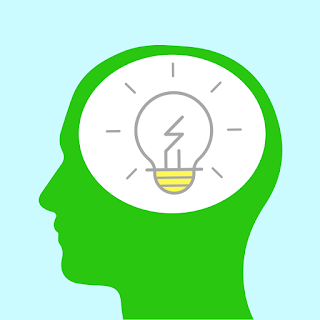