Bilingualism is the Future

If you are on the internet, you know that our world is shrinking. New technologies have made it possible to reach further than ever before. With the advent of things like email and Skype, we can meet new people across the country and even the world. We can make friends in China or Germany, do business in England or Japan, and even see YouTubers from many different countries. Though English tops the charts as the most spoken and most learned second language, many other languages are catching up. Currently, and in the future, bilingual employees are highly prized for an edge on the competition in the global marketplace.

What Languages are Key?


Chinese tops the charts as the number one language to learn. Not only does Mandarin have the most native speakers (982 million people are native speakers, while 1.1 billion people know the Chinese Mandarin dialect), but China's economy continues to grow. Future business is made easier if one is bilingual. People are generally more trusting of those who can speak their mother tongue; which is great for businesses, since business will always be done with people.

Spanish comes in at number two on the list. Even in the United States, Spanish is the second most widely spoken language (after English), with 40 million people speaking it in their homes. Spanish is the primary language in more than 20 countries! A hidden benefit to speaking a second language is the amount of cultural information you can receive. Once you speak Spanish, you can become more sympathetic to how Spanish-speakers think. You are also more likely to consume media in your second language, which allows you to gain cultural knowledge through music and television.

Further down on the list (but still in the top 10) is French, which, for centuries, used to be the primary language of diplomatic discussion. Today, 79 million people primarily speak French, but the overall number of speakers climbs up to 370 million, due to the number of African countries where French is the official language. The best benefit to learning a second language is that you will be more valuable to your employers. Bilingual workers are generally compensated more than those who don't speak a second language.

Who Can Benefit from Learning a New Language?


Everyone, from toddlers to adults, can benefit! It does take time to learn a new language. However, it bodes well for your children's futures in the workplace if you are able to get your them started learning a new language. In the United States, we are falling behind in learning second languages; most schools don't start foreign language programs until middle school or even high school. This makes it harder to learn any second language. If we don't want to fall behind economically as well, it is imperative that we teach our youngsters a second language. Plus, businesses tend to look favorably on those who are multilingual and usually give a bump in salary to those with such talents.

The best time to start learning a second language is right now! Cultured Kids Club is dedicated to growing multilingual children, and we offer many classes for kids to learn to speak a foreign language. Check us out to see how we can open the doors to your child's global future. 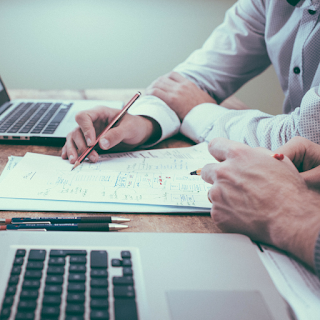