Today is La Fête du Prince Monaco in Monaco. This day, also known as National Day, is celebrated on November 19. The date is determined and can be changed by the current reigning prince of Monaco. Previous princes have chosen the feast day of the saint that they were named after.

This day is celebrated with a fireworks show, attended by many over the harbor on the night before the La Fête du Prince. The next day, an early morning mass is offered at the St. Nicholas Cathedral. After the mass, the Knights, ambassadors, and state officials congregate in the cathedral in their traditional uniforms for the people to see. People also wave and hang the Montesquieu flag in celebration.

Today, October 7, is the Double Ninth Festival in China. It is a day for people to eat Chongyang cake, drink chrysanthemum wine, climb mountains, and pay homage to chrysanthemums.

Chongyang Cake is steamed cake with two layers. Nuts and jujube (Chinese dates) are sandwiched between the layers. Since cake in Chinese is pronounced 'gao', which can also mean high, people consider climbing a high mountain to be the same as eating cake.

As nine is pronounced 'jiu' meaning long in Chinese, so people endow the word jiu with the meaning of longevity with a person's life. In the year of 1989, Chongyang Festival was designated as Senior's Day - a day to respect the elderly and to let them enjoy themselves.


Posted by Cultured Kids Club at 8:30 AM No comments:

Within Mexico, Cinco de Mayo is primarily observed in the state of Puebla, where Zaragoza’s unlikely victory occurred, although other parts of the country also take part in the celebration. Traditions include military parades, recreations of the Battle of Puebla and other festive events. For many Mexicans, however, May 5 is a day like any other: It is not a federal holiday, so offices, banks, and stores remain open. 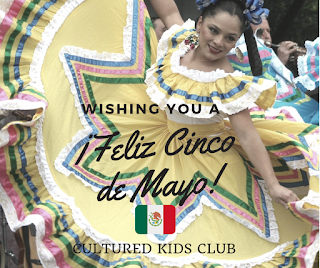 Youth Day is a public holiday celebrated in Cameroon on February 11th. It celebrates and glories the country's youth because they are the future. Children get off school to participate in events such as parades, where they dance through the streets, accompanied by marching bands. Shops sell food to participants in the parade along the streets as government officials watch. Other activities include sporting events, competitions, and art exhibitions.

Youth Day focuses on shaping the potential of the future of the youth by encouraging children to renounce violence. The president usually broadcasts speeches on the radio and television to talk about all the youth in the country have achieved and different ways to improve the education and lives of the people. 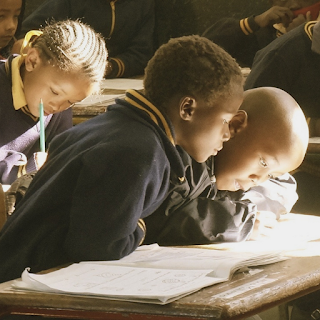 La Fête des Rois or Epiphany is Celebrated January 6th. Epiphany is a Christian holiday that celebrates the arrival of the wise men at the Nativity where Jesus was born. While this is a widely celebrated holiday throughout the world, France has some unique traditions in their celebrations, especially when it comes to the food.

During la Fête des Rois, families gather together for a dinner and traditionally eat a galette des Rois, which is a pastry cake filled almond paste. Hidden within the cake is a bean, though most families will substitute a small toy instead. The person whose slice of cake contains the bean or figure gets a prize, usually a crown.

Today, December 22, marks the Dōngzhì Festival in China. It is celebrated in many different ways.

• In northern China where it can get bitterly cold, people eat hot food and drink hot liquids to stay warm. Historically on Dōngzhì day, people went to the clan tombs to offer food and drink to their ancestor's spirits, clean the tombs, and work to maintain them. Then they gathered in the evening afterward for hot dumplings and drinks. People believed that when the days were short, there was insufficient yang energy, and they tried to eat high yang foods according to Chinese medicinal cuisine principals. Because of this, they ate fatty dumplings that contained meat and high yang warming herbs such as ginger and garlic.

• Some people in southern China and some Chinese in communities in Southeast Asia gather together to make and eat a meal of tang yuan. Tang yuan symbolizes family unity and prosperity. These are specially cooked balls of rice that might have a filling of bean paste or meat with sweet high yang herbs. These are usually pink or white colored. Tang yuan is often served in a bowl with a sweet soup or broth.

• For many Taiwanese and people of Taiwanese descent in other countries, the festival is still important. Families will go to the ancestral tombs and have meals of tang yuan, and they might offer tangyuan to the spirits at the tombs. They also have a custom of offering nine-layer cakes to their ancestors. The cakes are made of rice flour and are shaped like animals such as chickens, ducks, tortoises, pigs, cows, and sheep. According to traditional Chinese medical concepts, winter is the time of year it is important to rest, relax and nourish the body with high Yang fatty foods.

Constitution Day (Día de la Constitución) marks the anniversary of a referendum held in Spain on December 6, 1978. In this referendum, a new constitution was approved. This was an important step in Spain's transition to becoming a constitutional monarchy and democracy. Each year, a selection of high school students are invited to read the Constitution in the Lower House of the parliamentary buildings in Madrid a few days before December 6. The parliamentary buildings are open to the general public for one or two days.


Posted by Cultured Kids Club at 8:30 AM No comments: